Temerah says; When I write this article about Death Stranding, I will have a request from the first sentence: I would like you to consider Death Stranding not as a game but as an experience you have experienced. When Kojima announced 3 years ago that a new game was in preparation, and presented the first trailers to its fans, people didn’t have a clue what kind of game would come out. On the way that he started with Norman Reedus and Guillermo del Toro in time, he proceeded by stating that other people, such as Mads Mikkelsen and Lea Seydoux, will also participate in the project. Since I was a fan of Mads Mikkelsen and had a different love for Kojima because of their old games, I followed this project especially during the development phase.

Since I am going to work on weekdays, I can only play Death Stranding on weekends, so I present this article to you before the game is over. If I change my mind when I finish the game, of course I will write about it after Star Wars Jedi: Fallen Order Review.

The game has four difficulty modes. It’s easy, easy, medium and nightmare. Kojima has already said that movie lovers will also set a “movie mode” to enjoy the game. I am embarrassingly announcing: I play in Very Easy. Because as I mentioned at the beginning, this is an experience rather than a game. Of course, you can turn on the nightmare mode and turn this story into a horror game or play Amazon Delivery Simulation with the easiest difficulty like I did.

When Kojima first stated that he would create a new type of game with Death Stranding, what he meant was never revived in the minds of any of us. Therefore, the system offered to us has exceeded my expectations. I can define it as follows: Alone when he is together. This is not like the battle royale games that today’s game makers immerse themselves in, and it is not a union in the middle of your face. You play it alone and discover it on your own. But the map belongs to everyone. Other players carry materials to a bridge that a player has begun to build, and the whole community uses the bridge all together. With the voice feature in the game, if there is another player near you at the same time, you can greet without seeing each other but hearing. You build together in a world that you discover yourself, and you don’t compromise on your individual experience. 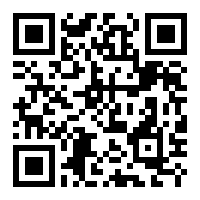 Kojima stated that his main goal in making this game was to help us bring together the disconnected world and people and establish social ties. When I sit in the rain shelter built by another player while waiting for Timefall to pass, when I find the staircase left to a very critical point or see the online warning signs pointing out the dangerous areas, the following is on my mind: showed the fineness of quitting.

Obviously, as I saw these aids left by other players in good faith and felt that I was not alone in a game that I played alone against dangers, I warmed up and once again appreciated Kojima.

Midsommar Spoiler and footnote for those who are not watching: Midsommar is a great and in depth film, but not for everyone. It is a movie that I do not recommend to our readers aged 18 and under, with sensitive readers of stomach and soul.

The scene where Dani, who was drowned in his own loneliness and desperation throughout the entire movie, really and completely shared his pain by wrapping up with the girls of the town in the final of the movie and experiencing all the reactions he experienced, was the most crucial moment of the movie for me. Then I understood, the answer Dani gave to the search for integrity and belonging in the film. Then everything gained logic. Moreover, I envy a community that can be so whole. * Spoiler end *

Interestingly, Death Stranding left the same taste in my palate. Integrity in loneliness and being guarded by people you never knew are the common experience of a community that embraces each other. In this game that I was interested in for Mads Mikkelsen, I found much more than I was looking for. I sincerely would like to point out that I think people who speak badly about this game do not understand the purpose of the game. Now I leave the promise to Venus.

Hello, I am here again after a long break as usual. In fact, we were planning to write this article before, but we could not do it. I will talk about different things because Temerah mentions more emotional details in his article.

Truth be told, I couldn’t play the game too much, I didn’t have time. So you can think of this article as the first impression. In general, I will talk about the first 5 hours of the game. So you will not be eating a big spoiler, but I recommend that those who want to explore the story and the game from scratch do not read.

I played the game moderately and frankly it was a very challenging part. When I looked at the gameplay videos before the game was released, I thought our main enemy was the loaders. But the main challenge was the enemies called KV. I had stress while playing the game, friends. The rains that advanced that time came over me, I got old. I wish we always fought with the loaders. It is better than the “thing” that is not known where to exit and suddenly causes the entire game to interfere and ruin our cargoes. And when they come, the baby is going through a crying crisis, and I am going into a nervous breakdown there too. He said.

Since talking about KVs increases my anxiety level, I want to move on to other elements in gameplay. People who have noticed have also noticed that map control is very challenging. Its automatic route is not smooth, it waits for you to pass through buildings. There is no such thing as I always go when I look at it. The locations are very hilly, you have to try different roads and you should not lose your way while doing this. Because you may have to take some cargo in a while and you cannot go slowly. Although it was not necessary to enter the menu to look at the map, I would be happier if at least a small map appeared somewhere in the corner.

By the way, I was really tired while playing the game. It gave me a strange tiredness, despite being in my usual position and playing less than usual, where I have always played. Especially, there are situations where the balance of cargo is disturbed, it is really challenging.

As for the players, as you know, while Temerah is a fan of Mads Mikkelsen, I carry the flag of Norman Reedus. The reason I started the game so enthusiastically was Norman Reedus. He did a very good job as “Sam Bridges Porter, the man who delivers”. We follow with love.

Actually, I wanted to talk about the structure of these actors helping us, but since Temerah has already mentioned it in detail, I will finally say something about the story and finish my writing. Although his story seems complicated at the beginning of the game, you gradually understand what is happening as you progress. The only thing that struck us in common with Temerah in general was a pointless extreme Americanism. There is an atmosphere in the game:

Almost everyone in the game: We must save America, Sam! Only you can do this. Please help us.

As a result, I think Sam is right. What was the new name of the person (Sam’s brother) to replace him when the American president died? Samantha America Strand. I swear I burst laugh. Well, if you said I am your prime minister, your chief of staff.

Our general views and impressions about the game were like that. I hope you enjoyed it while reading. Thank you for reading.